I would much rather lose some clients then hold back on what I really believe and let people walk into a situation that can in many cases ruin their lives.

I’m responding to a question from Mike from my home country, Canada, about one of my videos on multi-level marketing.

Mike wrote quite a long email so I’ll just share a little bit of it here.

I watched a couple of quick videos with you and I like how you promote yourself as a coach and entrepreneur – your attitude is perfect, your language is great, you focus on young people who have a good mindset…

What I do dislike is that you put others down.

It is not a good way to promote yourself.

For example, you hate and make others hate the network marketing system.

What I don’t understand is how it is possible to hate a system.

You can hate some particular company or product, but how is it possible to hate an entire marketing model?

As a lot of you know, I have a particular dislike for network marketing, multilevel marketing, or good old pyramid schemes, whatever we want to call them.

I am well aware that this is not always a popular opinion.

In fact, my videos on MLM marketing are the only videos on my channel that have about a 50/50 like to dislike ratio and get all sorts of hate comments about my stupid face and how dumb I am.

Still, here’s why I don’t walk a line in those videos and say:

I don’t think all arguments should be given equal weight on things.

It’s like when you have these new shows where they’re talking about climate change and they put on one climate expert who says there is climate change.

And then one says there isn’t – probably a merchant of doubt working for some kind of energy companies.

You have these people debating and it presents an image like both sides are equally right.

I don’t really think that’s the right move because perception is very easy to manipulate, intentionally or not.

She asked me if I was aware of alternative cosmology.

Right away I thought:

This is going to be the best conversation I’ve had in months!

She even had a flyer.

Is this about the Earth being flat?

No, it’s not. It’s about an alternative way of understanding the universe.

I actually treated that flyer like gold and I gifted it to Fonseca (the guy behind the Visual Politik channel on YouTube).

When I was leaving Prague, I left this for him with a bottle of whiskey as his gift because it’s so amazing.

One of the things in it is they even talk about cognitive dissonance, which is when, basically, you’re so attached to your opinion that you dismiss alternative views.

I thought that was kind of amazing that they’re using that!

If I were to do a video about the curvature of the Earth, I would not make it to consider both sides equally and give merit to both sides because that really risks being taken out of context with clips being used to say:

Look, you support this!

I will admit that in the multilevel marketing world there are companies that are just purely scam pyramid schemes, looking to drain people’s money.

A great podcast on this is called The Missing Cryptoqueen by BBC.

The story is great and it’s actually really, really insightful into how cults and multi-level marketing manipulate people and get good people who maybe are just really busy or not the most educated or just haven’t come across these sorts of things before and how they manipulate people into it.

There are some that are better.

I have some Avon skincare products.

My girlfriend’s aunt does Avon and she gave me some products for Christmas. And I have to admit they’re pretty awesome!

I’m willing to admit there are companies that are not as brutal, but there are like two out of 10,000…

Now, your main question was:

Can you hate a system?

How could you say one system is bad and that you don’t like that?

Why is MLM bad?

I’ll tell you why.

Because you can look at the things associated with a system in the vast majority of cases and draw some level of conclusion.

I’ll give you an example, which is populist politics or identity politics.

I don’t need to look at the product, whether it’s left, right, forward, back, whatever it is.

I don’t like any kind of politics that’s really based on playing identity cards.

It’s based on populism, us versus them, and all that sort of thing.

I think it is bad no matter what the product is. The product, in that case, would be the policies.

I think that system of politics, basically the system of how you manipulate people to get votes, a way of presenting yourself, stirring people against one another – I think that’s bad, regardless of what side of the whole thing you’re actually on.

Cults are a similar thing and maybe kind of similar to multi-level marketing.

While we’re on the topic, there is basically a standardized procedure to start a cult and indoctrinate people.

And yes, maybe a few of those companies are not as evil as others, but it’s pretty established how they indoctrinate people and it’s the same thing.

You find people who are really lost, who had a bad childhood, who don’t feel love. They’re alone.

You convince them that there’s some great knowledge and save here and then you apply all this social pressure, so people don’t want to leave.

Then you do your cult thing, whatever it happens to be, whether it’s branding people, murdering people, or selling vitamins to their friends and family – it’s all the same kind of model.

With multi-level marketing, there are standard patterns that go with it.

Promises of huge incomes and potential when, in reality, your average person would earn way more money with less work and less damaging of their relationships if they just took a sales job.

There are these delusional beliefs about what you really are – like, you’re this great entrepreneur who’s building your own business.

No, you’re a commission-only salesperson acting as just that and nothing more.

And honestly, if these multilevel marketing companies just said:

Hey, you’re a commission-only salesperson. You work your own hours. If you have a bunch of friends and a wide network who likes to shower and need shower gel, you can sell it to them and make a little money on the side.

I’d have no problem with that.

But that’s not how they market and we all know that they market based on huge promises and this false belief of you being a great empowered entrepreneur – just give us $500 for your starter kit and blah, blah, blah, right?

It’s well documented that there are many, many people, top performers in multi-level marketing, who jump from company to company.

They go to a new company, they bring all their followers, they sell all these people on this new dream, take all their money, they get rich, that company collapses – and then they move to the next one six months later.

So yeah, in some cases, I do not mind having a bit of hate if it saves a lot of people.

People I care about.

You on the other end here of this screen.

If it saves you from some pain and some headaches explaining why MLM is bad, I’m good, even if it does cost me some clients.

I was about to refer my daughter to your programs, but I saw this video and I thought: “No, I don’t want to refer her to someone who thinks like that.”

I’m totally okay with that.

I would much rather lose some clients then hold back on what I really believe and let people walk into a situation that can in many cases ruin their lives.

I’m going to link to a great John Oliver video on network marketing where he can articulate some of the issues with it perhaps better than me and get into a lot of the financial details and realities of these kinds of pyramid scheme systems.

If you want to build a business, if you really want to be an entrepreneur, what you have to do is develop a great skill, find a way to give value to people and you have a business that makes sense that you can explain to a five-year-old and that people can say they actually understand how it works.

That’s what you do.

You don’t join the next big thing that’s going to happen and you’re on the ground floor.

That’s doesn’t really work unless you’re the one selling people on that MLM BS.

Sorry for the hate, but haters gotta hate sometimes, I guess.

Let me know in the comments:

Have you had any experience with MLMs? How did it go?

How I Organize Myself as an ENFP To Stay FOCUSED & HAPPY

Advice For Younger INFPs and ENFPs (From an Old ENFP) 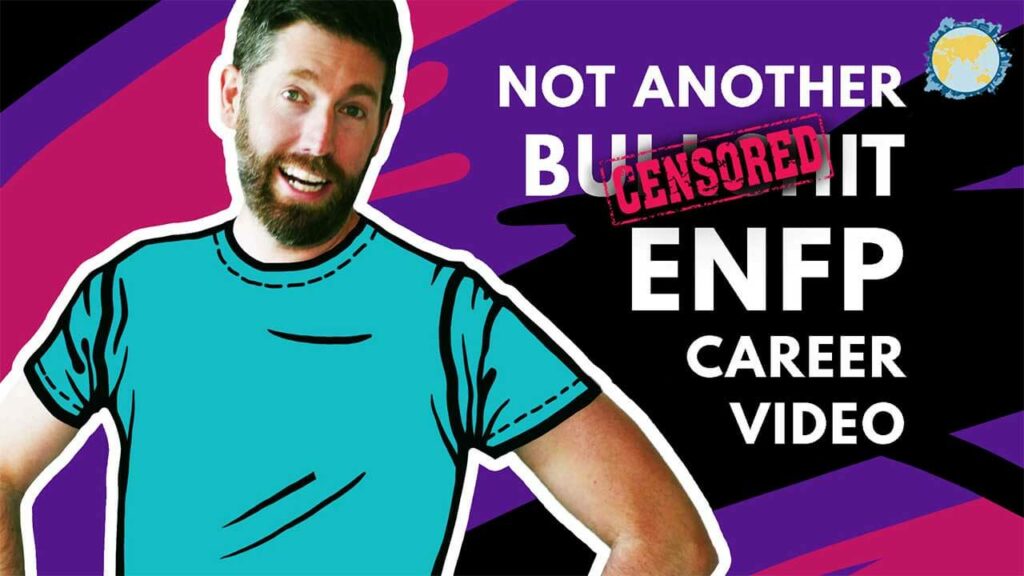